Howard Gossage, swinging San Fran ad guy from the 60s, is one of our agency heroes. His wildly original thinking and advertising were infused with warmth, wit and a bit of madness. Along the way, he anticipated the potential for social marketing to transform our business.

His body of work set standards that, even if we can’t always match, never fail to inspire. We just launched a Facebook page, “Friends of HL Gossage,” dedicated to his ideas and ideals.

Given the lack of “buzz” around Gossage these days, there’s a decent chance you’ve never heard of him. If that’s the case, take a quick spin through the ad, below, that he and his team created for The Sierra Club (one that, incidentally, is widely credited with having helped create the modern conservation and “green” movements.) A bit hyperbolic, yes, but also brilliant, beautifully crafted, and jarringly unlike the pablum that was flowing from Madison Ave. at the time (remember, this was the heyday of Rosser Reeves’ USP, the Anacin “Hammer” spots, and all of that).

Interested in learning more about Gossage and his circle (which included Marshall McLuhan, Tom Wolfe, John Steinbeck, and all kinds of inspiring rebels and counter-revolutionaries)? Try Steve Harrison’s  “Changing the World is the Only Fit Work for a Grown Man,” or the better-known “Book of Gossage,” designed by Rich Silverstein and with a forward by Jeff Goodby. 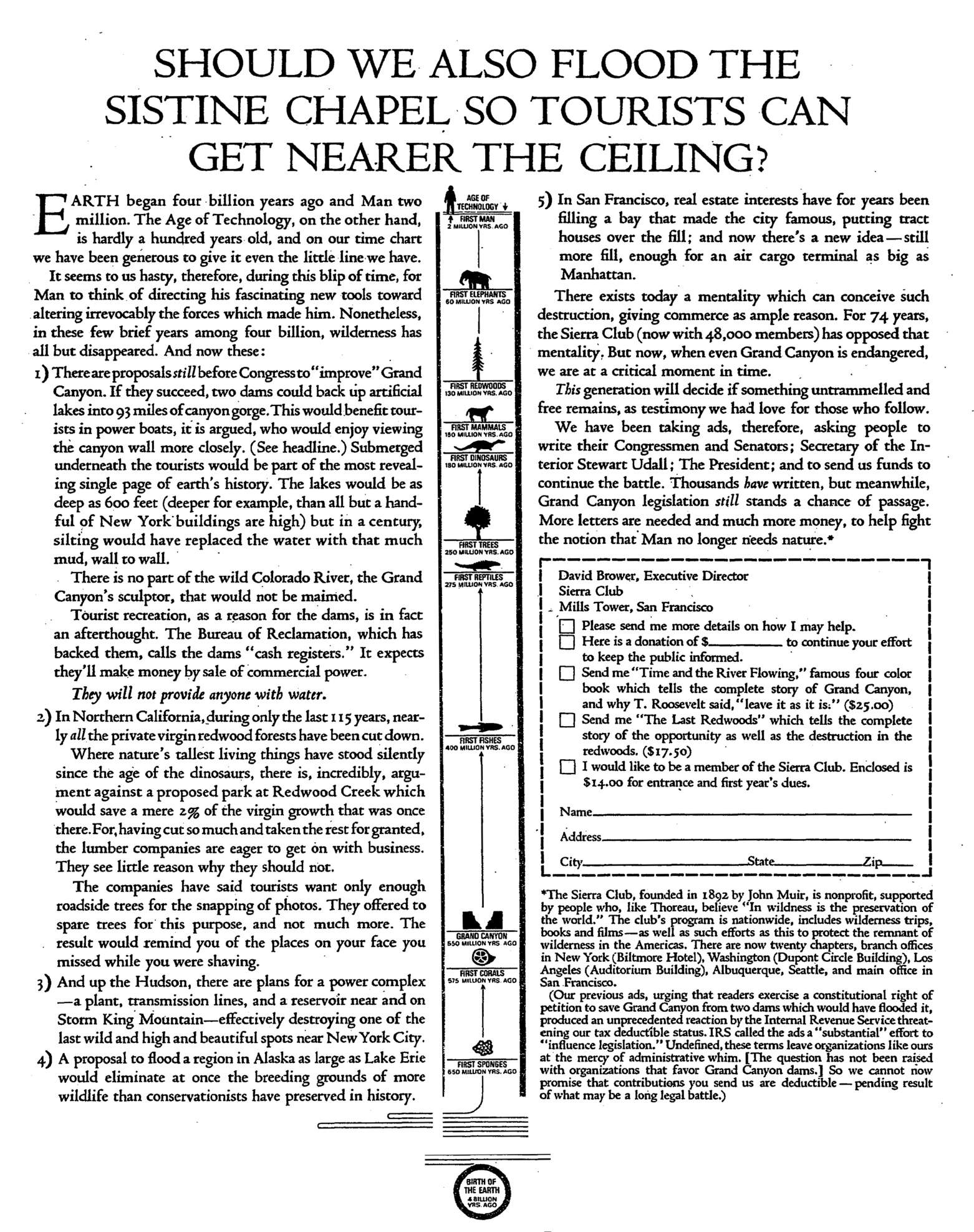 This remarkable ad, on behalf of the Sierra Club, played a major role in launching the conservation and green movements.